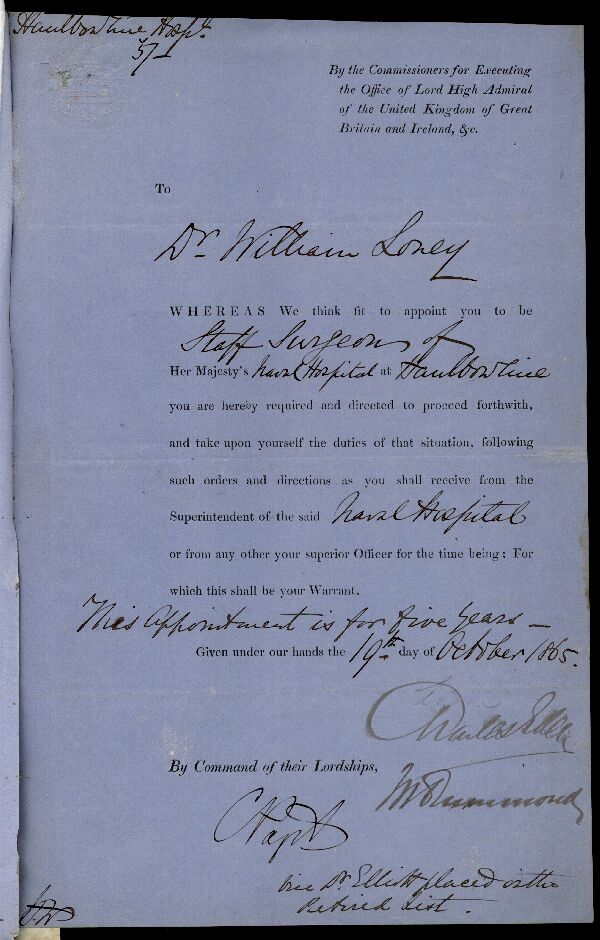 Since 1843 surgeons had been appointed by Commission, and no longer by Warrant. It is therefore unclear why William Loney received a Warrant, and not a Commission, for this appointment (and also for his later appointment to Haslar Hospital). One can only speculate that the 1843 Order in Council refered to "surgeons serving in H.M. ships", and that - as a hospital is not a ship - the old arangement was assumed still to apply.