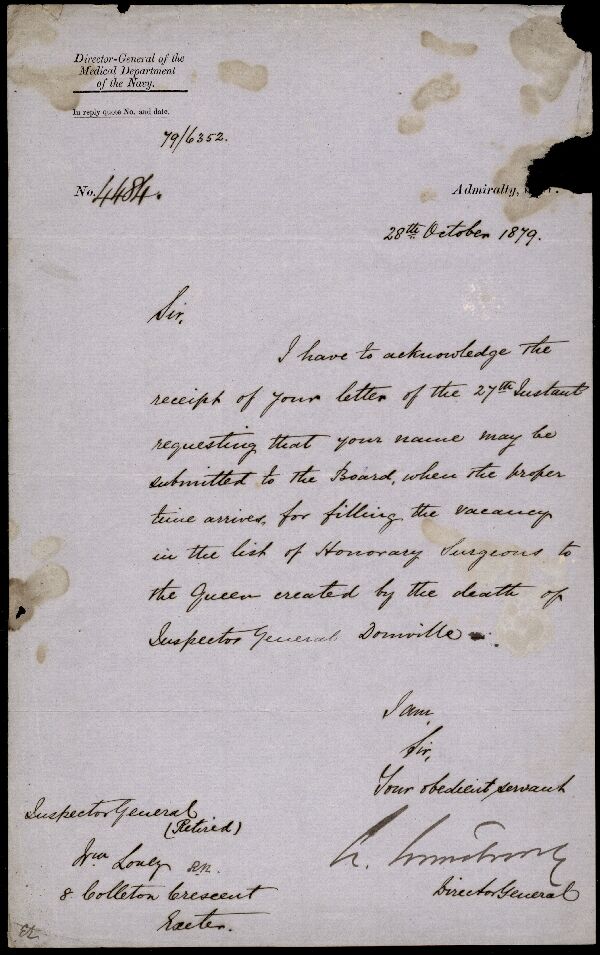 
The signatory is Captain William Codrington RN, the Private Secretary to the First Lord.