In September 1860 Queen Victoria, her husband Prince Albert, and their third child Princess Alice, visited her German relations at Coburg in Germany, sailing in the Royal Yacht Victoria and Albert from Gravesend to Antwerp, and travelling from there by train. Emerald, in which William Loney was serving, preceded the "Royal squadron" to Antwerp, and left that port shortly after the Queen returned to England three weeks later. This passport was issued to William Loney at Brussels to allow him to travel to Germany the day after the Queen travelled to Coburg; this may possibly mean that he was a member of her entourage. 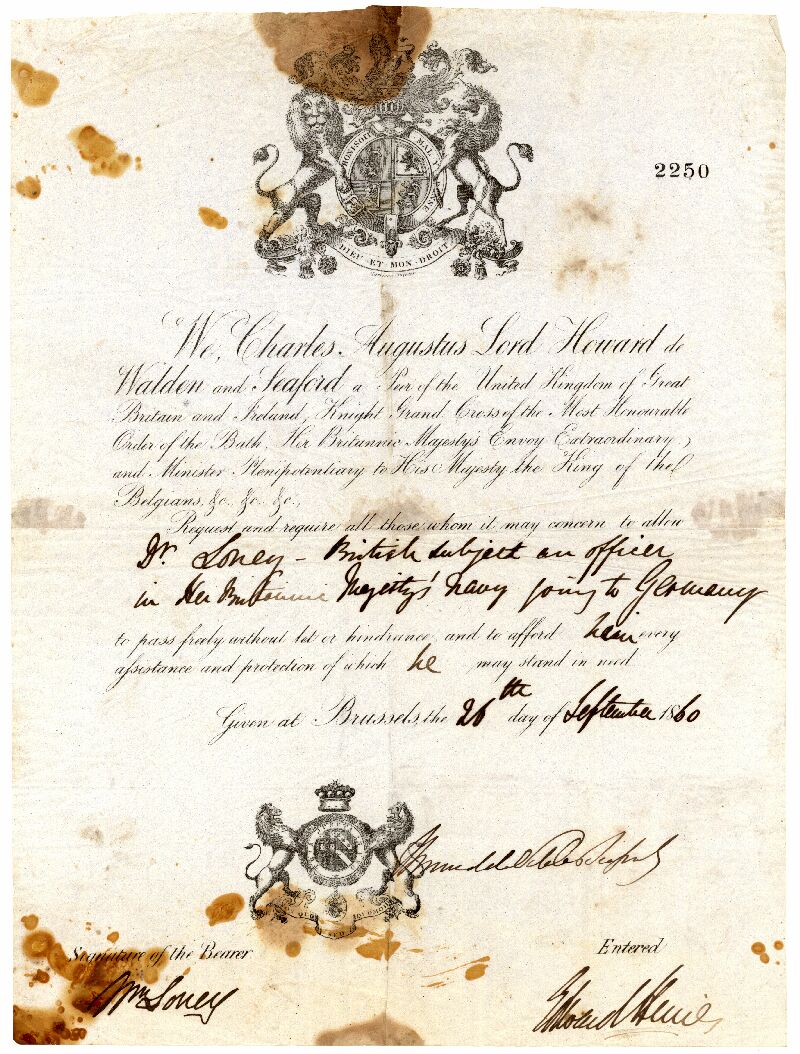 We, Charles, Augustus Lord Howard de Walden and Seaford, a Peer of the United Kingdom of Great Britain and Ireland, Knight Grand Cross of the Most Honourable Order of the Bath, Her Britannic Majesties Envoy Extraordinary, and Minister Plenipotentiary to His Majesty the King of the Belgians &c, &c, &c,
Request and require all those whom it may concern to allow Dr. Loney, British subject and officer in Her Britannic Majesty's Navy going to Germany to pass freely without let or hindrance, and to afford him every assistance and protection of which he may stand in need.